On April 25, 1915, eight months into the First World War, Allied soldiers landed on the shores of the Gallipoli Peninsula. This was Turkish territory that formed part of Germany's ally, the Ottoman Empire. The troops were there as part of a plan to open up the Dardanelles Strait to the Allied fleet, allowing them to threaten the Ottoman capital Istanbul and, it was hoped, force a Turkish surrender. The Allied forces encountered unexpectedly strong resistance from the Turks, and both sides suffered enormous loss of life.

ANZAC Day, as well as being Australia and New Zealand's most important national occasion, marks the anniversary of the first major military action fought by Australian and New Zealand forces during the First World War. The ANZAC acronym stands for the "Australian and New Zealand Army Corps". The soldiers in these forces quickly became known as ANZAC's, and the pride they soon took in that name endures to this day. As a result, one day of the year involves the whole of Australia in solemn ceremonies of remembrance, gratitude and national pride for all the men and women who have fought and died in all wars. That day is ANZAC Day - 25 April. The importance of 'Anzac' to New Zealand is enshrined in law. The use of the term 'Anzac' has been protected since 1916. The current Flags, Emblems, and Names Protection Act 1981 (section 17) states says that, 'The Governor-General may ... prohibit, regulate, or control the use in connection with any business, trade, or occupation of the word "Anzac" or of any other word that so closely resembles the word "Anzac" as to be likely to deceive or mislead any person.'

In 1914, Australia had been a federal commonwealth for only fourteen years. The new national government was eager to establish its reputation among the nations of the world. In 1915, Australian and New Zealand soldiers formed part of the Allied expedition that set out to capture the Gallipoli Peninsula to open the way to the Black Sea for the Allied navies. The plan was to capture Istanbul, capital of the Ottoman Empire, an ally of Germany. They landed at Gallipoli on 25 April, meeting fierce resistance from the Turkish defenders. What had been planned as a bold stroke to knock Turkey out of the war quickly became a stalemate, and the campaign dragged on for eight months. At the end of 1915, the Allied forces were evacuated after both sides had suffered heavy casualties and endured great hardships. Over 8,000 Australian soldiers were killed. News of the landing at Gallipoli made a profound impact on Australians at home and 25 April quickly became the day on which Australians remembered the sacrifice of those who had died in war.

Though the Gallipoli Campaign failed in its military objectives of capturing Istanbul and knocking Turkey out of the war, the Australian and New Zealand troops' actions during the campaign bequeathed an intangible but powerful legacy. The creation of what became known as an "Anzac legend" became an important part of the national identity of both nations. This shaped the way they viewed both their past and their future.

On this day, above all days, those Australian and New Zealand men and women who died or suffered in the great tragedy of war are remembered.

On the morning of April 25th, 1915, Australian and New Zealand troops landed under fire at Gallipoli, and it was then and in the violent campaign which followed, that the ANZAC tradition was forged. The elements of that tradition have inspired and offered an enduring example to later generations of Australians.

Each year the commemorations follow a pattern that is familiar to each generation of Australians and New Zealanders. A typical ANZAC Day service contains the following features: introduction, hymn, prayer, an address, laying of wreaths, recitation, "The last post", a period of silence, "The rouse" or "The reveille", and the National Anthem. At the Australian War Memorial, following events such as the ANZAC Day and Remembrance Day services, families often place red poppies beside the names of relatives on the Memorial. 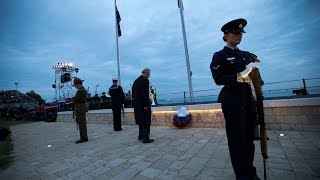 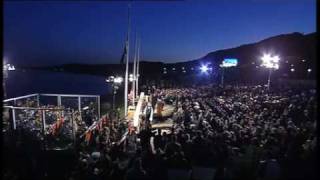 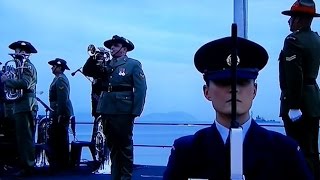